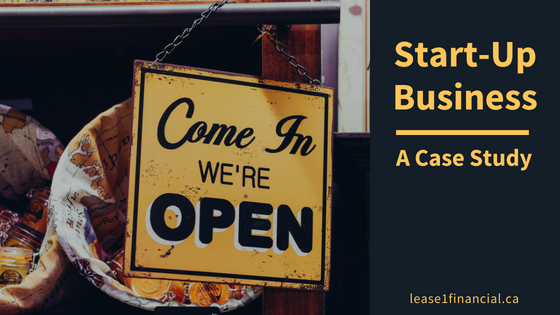 Here’s a real-life scenario. Names and identifying details have been changed to protect the innocent.

Helpful Services Inc. opened earlier this year. John Doe had a vision for providing excellent quality product combined with superior customer service. Armed with a solid business plan and a nice chunk of his own personal money in savings, John got busy putting all of the pieces together.

A building was purchased and renovated. Equipment was bought and installed. Everything looked perfect and Helpful Services Inc. was open for business! John Doe got off to a fantastic start. Customers came rolling in and he was busier than a one-armed paper hanger!

Along with pride in his new business and the products and services he was able to provide, John also had pride of ownership. He had managed to get this business off the ground without going into debt. He had been able to pay for everything with cash. What an accomplishment!

John had expected to expand his business and diversify in his second year of business. He had planned for it and it was a part of his vision. Because his business started off much better than expected, he ended up needing to diversify and expand much earlier than he had planned for. Orders were coming in and he needed to build up his inventory.

While he had no debt and everything he owned was fully paid for, John was having to purchase inventory on his credit card and paying 29% interest. His credit cards became his revolving line of credit. At this point, he was out of cash and facing growth. He needed to obtain financing in order to buy more inventory so that he could fill the orders he was getting. To his surprise, his bank refused to do more for him than a meager $20,000 line of credit. It wasn’t enough.

What’s going on here? Why would the bank not recognize the success of this new business, the value of the paid-for assets, and the fact that there is no debt? It would seem Helpful Services Inc. was in the best position possible for some financing.

Let us share a bit of perspective with you.

The Reality of Assets

We’ll start with the assets. Even though Helpful Services Inc. owned all of their equipment outright, and even though it was worth several thousand dollars, in the eyes of the bank, it’s not worth much at all. If the bank were to use those assets as collateral, what would happen if Helpful Services Inc. defaulted on a loan? The bank would then have to hire someone to pick up the equipment, and then hire someone to sell the equipment, and along with all of that, there would be a significant amount of paperwork, phone calls, running around, and just general work. Many staff hours would be involved.

So with that in mind, it’s easier to understand why those assets are not as valuable to the bank as they are to John Doe. To John, they look like money-makers. To the bank, they look like a lot of extra time, energy, and costs. (See Also: The Reality of Equipment As Security)

The Facts About Credit

Now let’s consider the credit/debt aspect of this scenario. From a personal/practical standpoint, it can seem like a really good thing to have no debt. It’s completely understandable that one would feel pride at having purchased big-ticket items in cash. However, from a business/credit standpoint, this isn’t much of an advantage.

In our credit series, we’ve explained what credit is, how it is rated, along with how to maintain good credit. If you have no debt, and if you have never used financing to purchase anything, you will have no credit history. Credit history is vital for any financing organization (like a bank) when they are trying to determine how risky it is to lend you money. Without credit history, they have no idea if you can be trusted to pay your debts or not.

Admittedly, it seems counter-intuitive. We can mistakenly believe that having no debt proves that we can be responsible with debt. But not ever having debt is not the same as having debt and faithfully paying it off – at least not where credit companies are concerned.

So what about the cash part of John’s situation? He had the cash to buy everything in full, which seemed like a really good position to be in at first. That’s understandable. But now, he’s not quite as thrilled about the results. A business needs a certain amount of cash on hand at all times. You want to be able to buy extra inventory, if necessary, to fill an order, for example. Or sometimes an unexpected expense comes up that you need to pay for immediately. There are countless scenarios where cash on hand is a very valuable thing.

Beyond that, again, we have the issue of financing. Put yourself back into the shoes of a bank. We talked about how they view assets like equipment. How does a bank view cash? Well, that’s an asset the bank can appreciate! A bank can use cash! A bank can do a lot with cash! And it won’t require a ton of extra time, energy, or costs to use it either. So in a case of wanting to acquire some financing, having cash in the bank is more valuable than having paid-for assets. Having cash means you can pay your bills.

So, how could John Doe have prevented this situation?

We would suggest equipment lease financing, of course. We’ve touched on the advantages of lease financing before, but we’ll summarize it quickly here.

If John had leased the equipment he needed when he started the business – even just one piece – here is how it would have benefited him:

Equipment leasing could only benefit his business.

There’s a lot that can be learned from John’s situation. This is just one scenario we encountered with a real-life client of ours and we wanted to share it with you to illustrate why we do what we do.

At Lease 1 Financial, we are committed to helping your business thrive. Contact us to find out more about how equipment leasing can benefit your business.

We’re in the business of helping your business thrive.